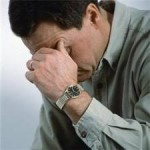 If you are sick and tired of being sick and tired, it´s time to change. Way too many people in this world are up to the point of giving up and decide not to change and leads them to addiction, suicide, homicide and countless destructive actions. Even if you haven´t reached that point, it´s time to change. Why? because if you choose to change now, you will avoid those devastating, painful experiences which come from destructive actions. There are too many people in prison for not changing before they committed those crimes. There are too many tragic deaths by suicide for not changing before committing that awful action. There is too much divorce because change didn´t take place before taking that action. It is time to change! Christ is the only One who can change you.  You can´t do it on your own. Many have tried to change on their own and sooner or later have found themselves in the same cycle of destruction again. Accept Christ Jesus in your heart for real change. Religion is senseless. Relationship is everything. Have a relationship with the Lord. Only then will real change occur. It is time. Soon, there will be no more.

The King´s Disciple is a Christian Hip Hop artist proclaiming the gospel of Christ to reach souls and glorify GOD. This vision has been in his heart since 2004. He started his music at the age of 13 with his childhood friend Solomon A.K.A King Solomon. They have sung together for about six years, until Christ came in The King´s Disciple´s life and started writing songs for the Lord´s glory. He feels that we are soon to see big things in the world, so `get ready for Christ´s coming´ is his message!! His songs are prophetic in an apocalyptic manner.

Leave a reply or cancel