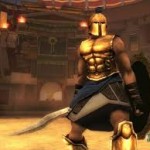 We are in a battle. A battle that has been fought since long ago up to now. A battle that soon will be over. In which the victors shall be those who fight with their whole being, but not by their own mortal strength, which is little. This battle requires prayer, intercession, rebuking and casting out, fasting and declarations. And when applied and accomplished, newer, higher levels of blessings are poured into our lives from GOD. In Jesus, we shall overcome by faith! Don´t believe in what you see, believe in what you believe in GOD for, which comes to fruition in this earthly realm in His timing and will.

The King´s Disciple is a Christian Hip Hop artist proclaiming the gospel of Christ to reach souls and glorify GOD. This vision has been in his heart since 2004. He started his music at the age of 13 with his childhood friend Solomon A.K.A King Solomon. They have sung together for about six years, until Christ came in The King´s Disciple´s life and started writing songs for the Lord´s glory. He feels that we are soon to see big things in the world, so `get ready for Christ´s coming´ is his message!! His songs are prophetic in an apocalyptic manner.

Leave a reply or cancel